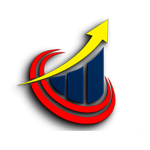 Paytm’s dismal stock market debut this week is likely to put a damper on future offerings after the IPO of the digital payments firm ranked among the worst-performing in Indian history, six analysts and bankers said on Friday.

Paytm IPO got the name of “biggest and the worst performing ipo” time-being in the indian bourses.

Offerings planned for later this year, such as those by payments rival MobiKwik and hotel aggregator OYO, will face questions after Paytm’s debut plunge of more than 27%, as investors turned queasy at its lack of profits and lofty value.

No comments to show.